Salomon Jacob Spanjaard, a young German Jew, lived in Zwolle (Overijssel) at the end of the 18th century. Zwolle – even more than Amsterdam at that time – was a city where Jews lived in relative freedom and were not persecuted. Originally he came from Bodendorf near Remagen, near the Rhine between Bonn and Koblenz. He was born on December 13, 1783 as son of Dorothea Simons and Jacob.

Like many Jews of that time, he earned his living as a peddler, a merchant who sold from town to town. On one of his journeys, probably with his merchandise on his back, he passed through Borne. Just outside that village lived David van Gelder, merchant in all kinds of things, but especially fur, and Berendina Menko.

In 1811 Salomon married their daughter Sara. A year later, when everyone was forced by the French regime to have a surname, Salomon registered as Salomon Jacob Spanjaard. It is not known how he got the name 'Spaniard'. One plausible theory is that “Spaniard” means a short, dark personality, possibly a descendant of the Spanish occupation some two centuries earlier. Due to a bad eye, he was also known as 'Sallie One-Eye', 'Sally One-Eye'.

Salomon Spanjaard became the leader of the small Jewish community in Borne from the start. At first they held services in Van Gelder’s house, but in 1834 Salomon wrote a request to the king to financially support the construction of a small synagogue. After an initial refusal, he tried again and eventually received a small donation. With the help of others in the village, the synagogue was built in 1843, according to Salomon’s own design. It still stands and is currently used for concerts and exhibitions.

Slowly Salomon Spanjaard expanded his profession. While initially known only as a seller of old clothes, in 1828 he became a shop owner, merchant and merchant. He traded in clothing, furs, beer vinegar, feathers, flour, plums, coffee, copper kettles and wall decorations with floral patterns on them. More and more he became an intermediary in the trade between the poor Twente home workers and the textile sellers. That gradually made him rich.

Salomon and Sarah had 15 children. One was dead after birth, five died in the crib or very young. Many sons worked in the growing family business. The textiles were increasingly manufactured at the Spaniard's location. Under the leadership of eldest son Jacob, the company grew into one of the largest in Twente. In 1865 the steam weaving mill was opened and mechanized production began. 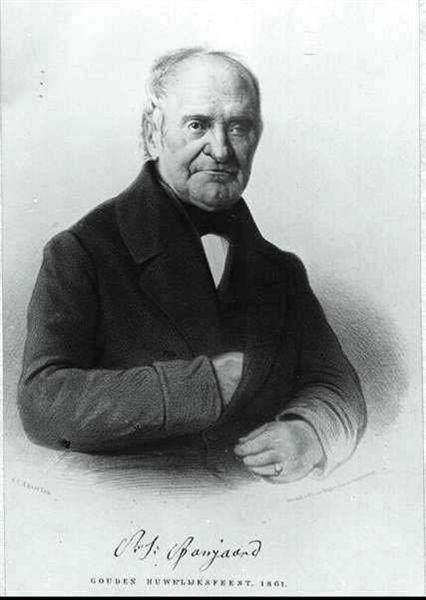